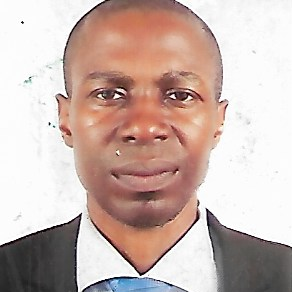 Chinedum Onyemechi graduated from the Federal University of Technology Owerri, Nigeria, Department of Maritime Management Technology, 1989.After some years in the private sector ,part of which includes the Nigerian Ports Authority(NYSC),Shipping and Ports Administration programme (UNILAG CONSULT),he proceeded for his M.Sc in 1998 and took employment with the Federal University of Technology Owerri as a Research Assistant. He was awarded an M.Sc in the year 2003 and appointed as an Assistant Lecturer the same year. In the year 2011,he was awarded a PhD in Maritime Management Technology. Dr Chinedum Onyemechi also consults for Port Technology Consultancy Services Owerri. Besides having experience in marine consultancy,

Dr Chinedum Onyemechi is an accomplished academic with over eighty published works in Maritime Management Technology most of which has been presented in academic and industry based conferences in countries including but not limited to United Kingdom, Egypt, South Africa, United States of America, Canada, India, Spain, Russia and Nigeria. Chinedum Onyemechi was promoted Lecturer II in 2006 and Lecturer I in 2009.He became a Senior Lecturer in the year 2012 and has been promoted Reader in the professorial cadre ‘Maritime Management Technology’ in the year 2015. Dr Chinedum Onyemechi became a Member of the Nigerian Institute of Shipping in 1990 and the Society of Naval Architects and Marine Engineers in the year 2008. He is currently the Acting Head of Department of the Department of Maritime Management Technology, an office he assumed in the month of July, 2016.

2:30 PM LNG FPSOs as the Future Driver for Africa

Check out the incredible speaker line-up to see who will be joining Chinedum .