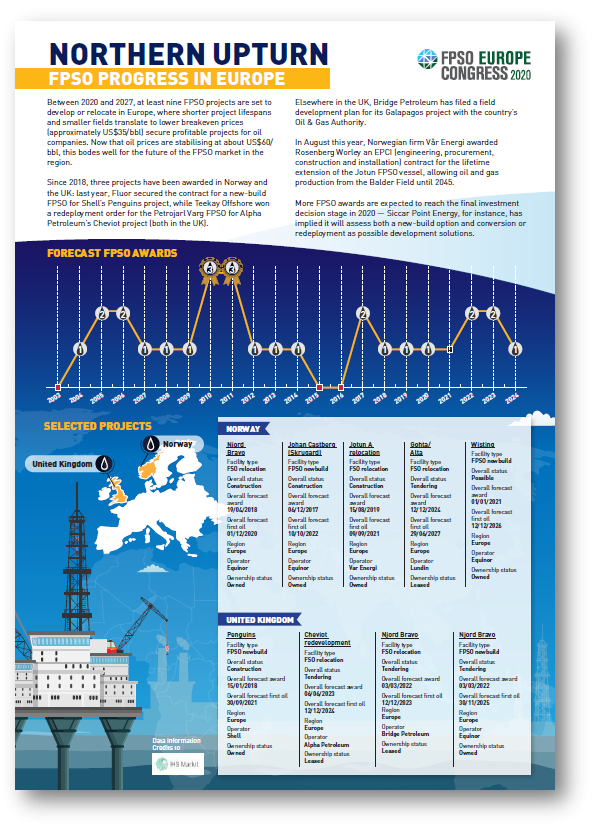 Between 2020 and 2027, at least nine FPSO projects are set to develop or relocate in Europe, where shorter project lifespans and smaller fields translate to lower breakeven prices (approximately US$35/bbl) secure profitable projects for oil companies. Now that oil prices are stabilising at about US$60/bbl, this bodes well for the future of the FPSO market in the region.

Since 2018, three projects have been awarded in Norway and the UK: last year, Fluor secured the contract for a new-build FPSO for Shell’s Penguins project, while Teekay Offshore won a redeployment order for the Petrojarl Varg FPSO for Alpha Petroleum’s Cheviot project (both in the UK).

Please note: That all fields marked with an asterisk (*) are required.