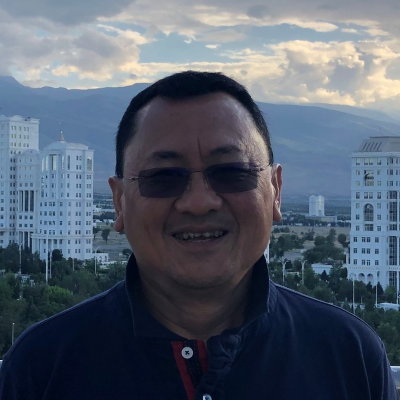 Suraimi M. Noor is a HSE Specialist in construction and oil and gas industry, involving in multibillion dollars projects worldwide from LNG Plant, Gas Plant, Refineries and Petrol Chemical Plant. He graduated from University of Cambridge with International Diploma for Trainers and Teachers and holding Nebosh International Diploma from NEBOSH, a prestigious organisation in occupational safety and health industry. He is a member of IIRSM, IOSH and NEBOSH Alumni and currently pursuing Chartered IOSH program.

He started his HSE career more than 23 years ago in a mining industry in Indonesia. After gaining experience in mining industry, he started to move on to the oil and gas industry which he felt was more challenging and exciting and he is still in this industry till today. He started his career as a trainer and move up the rank of HSE Training Manager, HSE Deputy Manager, Site HSE Manager and Project HSE Manager. He worked in many mega projects for many big brand companies in oil and gas industries like CHEVRON Corp., SHELL, ExxonMobil, BP, PETRONAS, LINDE AG, Michelin Group, JGC, Mitsui Engineering and Shipbuilding and Kawasaki Heavy Industries.

There were many places that he worked where people would consider unfit places to live like in the middle of the jungle in West Papua, desert in Sahara and mountain in China. These areas were infested with malaria and wild animals, extreme weathers and altitude and very remote locations where logistically reaching the work location was difficult. All these mega projects took three to five years to complete. Besides the bad weather conditions and dangerous working conditions, security treats were another factor that he encountered during these projects’ tenor and some of his friends were killed when their camp was held hostage by terrorist. There were few instances that he was held hostage by villagers with machetes and spears.

There were challenges that he encountered like difficult and dangerous projects where the project was abandoned for many years and needed to restart again. The reason for the project to be stopped by the government because there were more than one hundred fatalities before it was stopped. The project was difficult and dangerous because of the mountainous terrain and the natural gas contains a high percentage of H2S gas which was deadly and the caused for the fatalities. When the project was restarted, he and his team implemented high standards on HSE and discipline was very tight that during the three years while he was in that project, there was not even one lost time injury incident.

Currently he is working on the world largest commercially produced Gas to Gasoline Plant Project and the project is in a desert in Turkmenistan. The project is progressing into the third year and in the Starting-Up phase. The plant has already produced the required quality gasoline and now waiting for the performance test for plant to be done. After the performance test for the plant completed, the plant will be handed over to the client who is the government of Turkmenistan.

He chose to be HSE Professional is not by chance but by choice. Every new operation or project has new challenges regardless onshore or offshore. He will overcome all the challenges by using his skill, experience, technical knowledge and the art of handling people. If you want to choose HSE as a career, be prepared to take responsibility and make commitment that everybody on the platform or project go back home to their family safely.

Check out the incredible speaker line-up to see who will be joining Suraimi.