Michael Wyllie, Group Technology Director of SBM Offshore, is the latest keynote speaker to confirm his attendance at the FPSO Europe Congress on 10-11 February 2015 in London.

Touching on the need to reduce overall costs through functional requirements provided by vessel contractors, Michael joins an unprecedented panel of C-level executives from leading vessel contractors including BW Offshore and Teekay Petrojarl in highlighting the need for cost control on FPSO projects to maintain project profitability and success.

Joining the debate on the FPSO market will be key leaders from oil operators including Premier Oil, Shell, and Tullow Oil. "The Congress will be a good platform for industry stakeholders to move discussions forward for the European-based FPSO community," noted Tamara Sebire, Catcher Development Manager from Premier Oil.

Complementing the key themes of cost reduction are the challenges of asset integrity and life extensions for FPSO projects both in the North Sea and in West Africa -- areas where both Ali Anaturk, Penguins FPSO Lead and Robert Inglis, Project Manager at Shell are familiar with.

The FPSO Europe Congress will zoom in on specific issues pertaining to projects and operations in the North Sea, but is also expected to address a global audience and challenges. As Fredrik Major adds, ''I expect the FPSO Europe Congress will allow delegates to share and discuss key challenges in FPSO design, project execution and operations in particular for the North Sea but also globally."

Delegates will also be allowed to kick back after a long day of learning and network at the FPSO Europe Congress Cocktail Reception, hosted by Teekay Petrojarl.

"We were impressed with the turnout at the FPSO World Congress' cocktail reception earlier this year in Singapore, and look forward to hosting the delegates and speakers at the European Congress. Furthermore, the cocktail reception will allow us to sit back, relax and network with key industry stakeholders in an informal and personalized setting," commented Oyvind Jordanger, Director of Business Development at Teekay Petrojarl.

The FPSO Europe Congress will take place on Feb 10 - 11 in the Pestana Hotel in London. Find the full program, speaker panel and registration form at http://www.fpsoeuropecongress.com.

Press are invited to attend this important forum. If you would like a complimentary press pass, please email Rani Kuppusamy at rani.kuppusamy@fpsonetwork.com 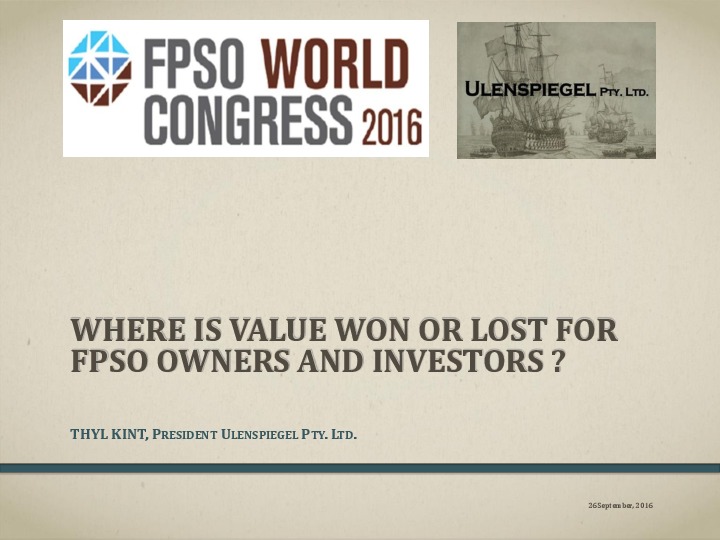 Where is Value Won or Lost for FPSO Owners and Investors?
2017-01-19
By FPSO Network Team Editor 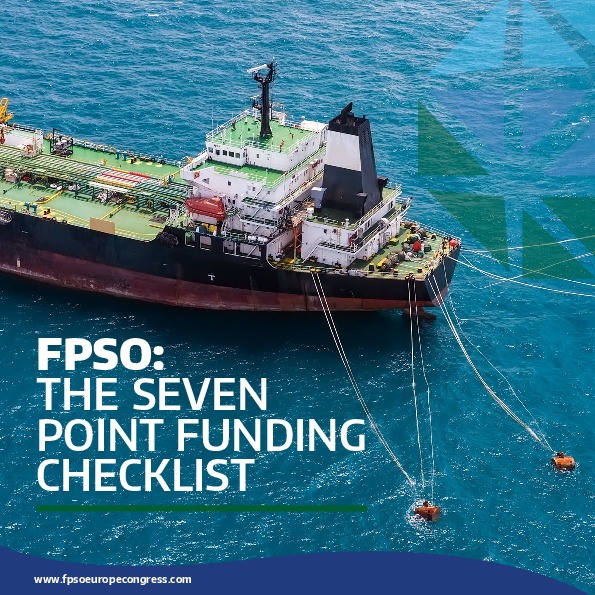 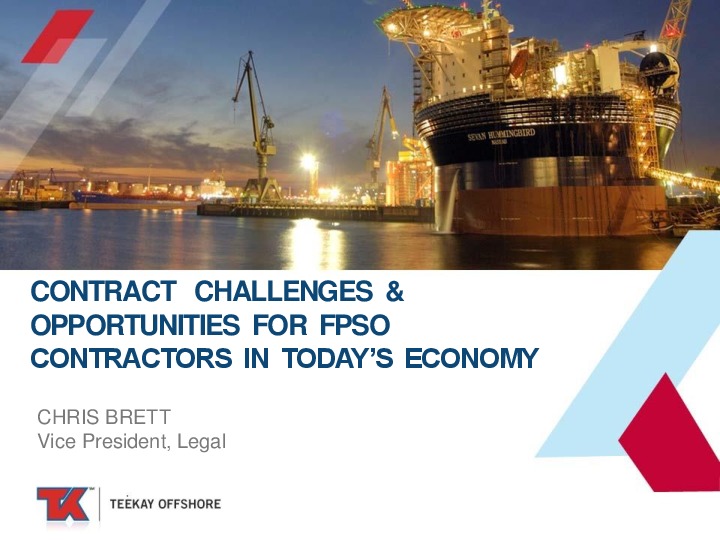 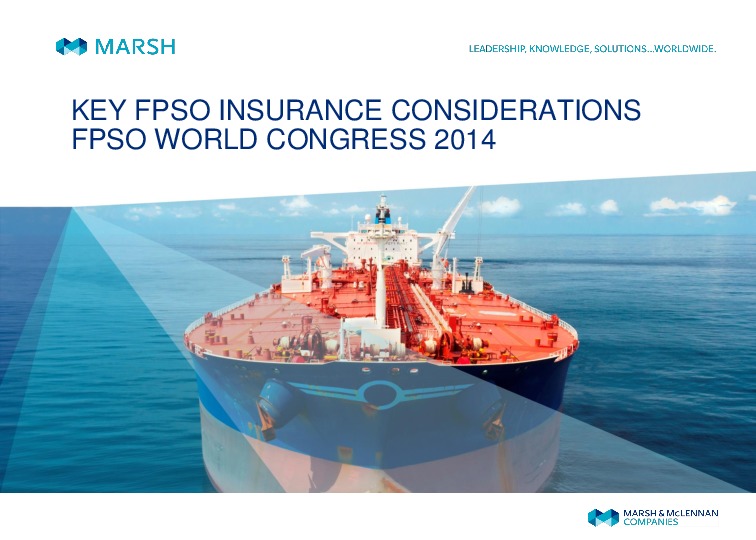 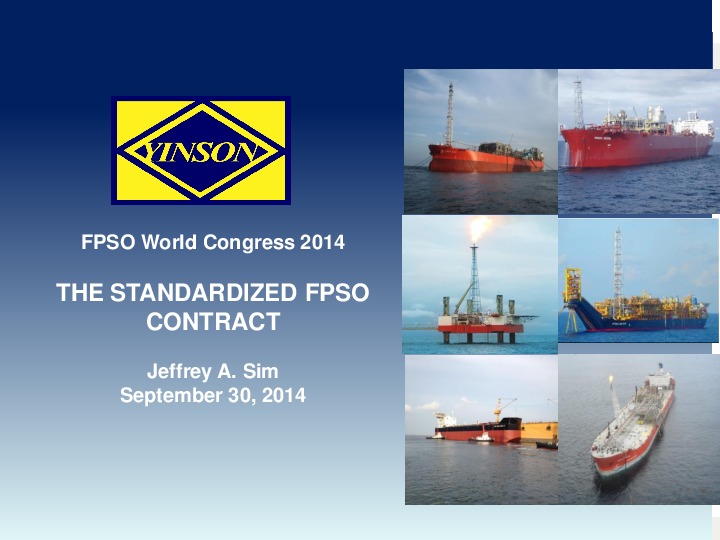 The Standardised FPSO Contract: A Feasible Option in a Consolidating Market
2015-01-05
By FPSO Network Team Editor 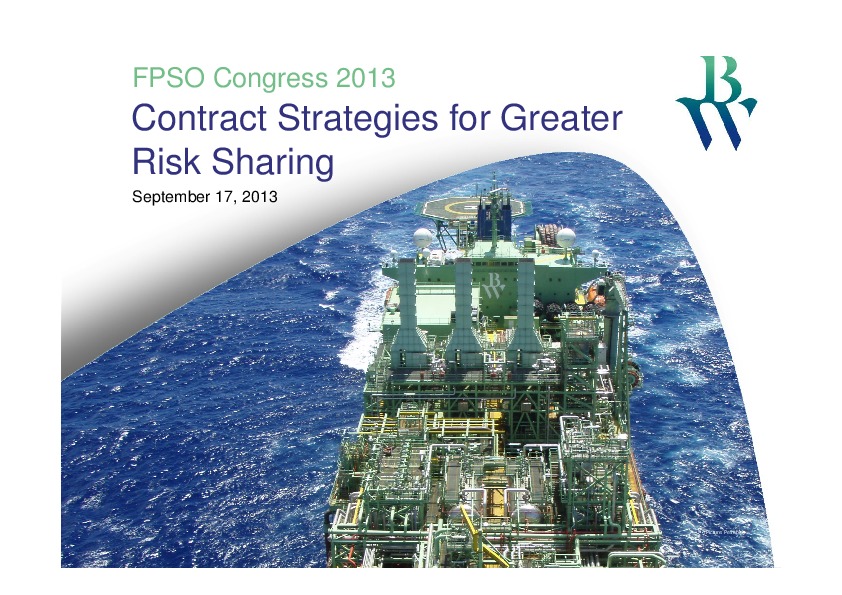 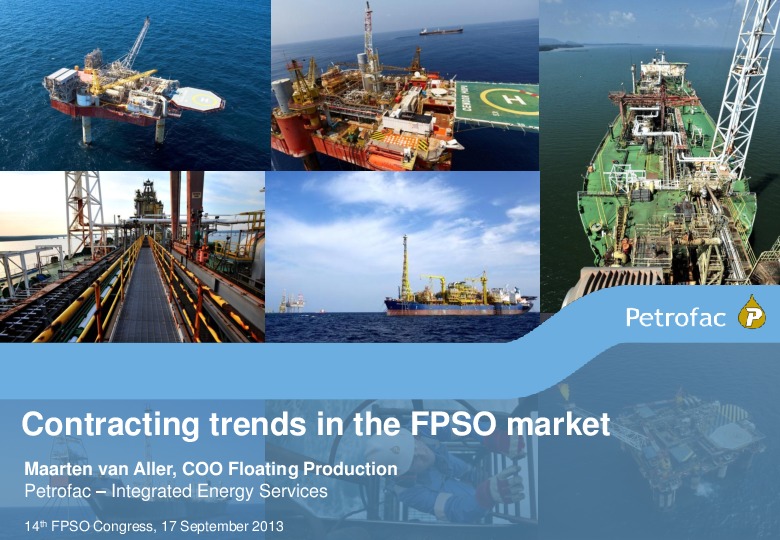 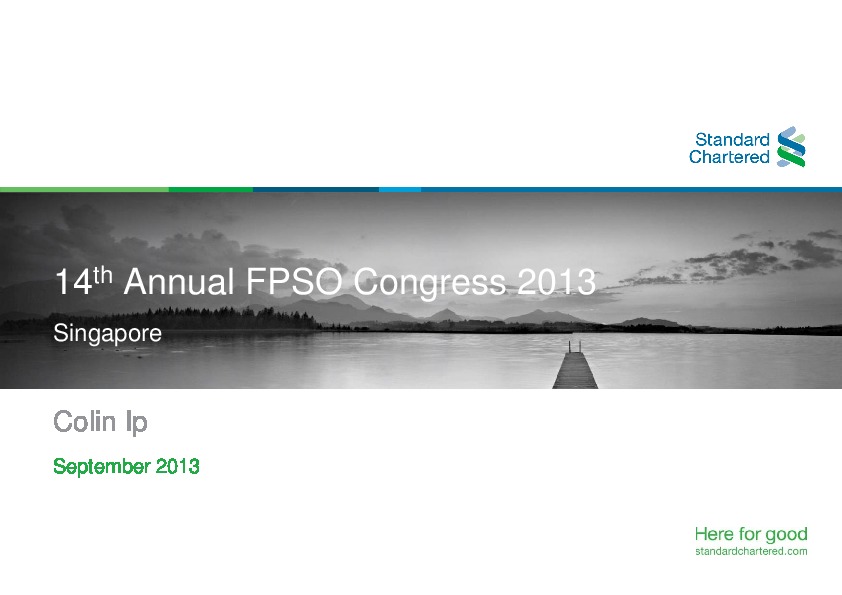